Close Menu
Homepage > Blog > Personal Injury > Can I Use Dashcam Footage Of My Crash In Court?

Can I Use Dashcam Footage Of My Crash In Court? 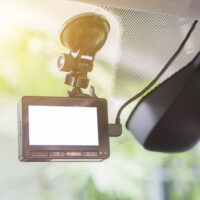 If you have a dashcam, it may have captured valuable footage of the events leading up to your crash. If you are not the liable party, this footage can help support your version of events and clearly establish the at-fault driver for insurance purposes. That’s right. Not only is it legal to have a dashcam, the footage is legally admissible as evidence. Of course, this cuts both ways. If you are responsible for the accident, the footage will work against you by establishing your liability. Additionally, attempts to destroy, delete, or alter dashcam footage after a crash may constitute further violations of law. However, if you were involved in a car accident that was not your fault and you have dashcam footage of the collision, it’s important to let your lawyer know as soon as possible so they can ensure that the correct determination of liability is made by the insurance companies. The information in this article is intended to be general, but if you would prefer specific feedback based on your case, you are welcome to schedule a consultation with the experienced Atlanta personal injury lawyers at Durham Law Group.

What if Someone Else Has Dashcam Footage of My Crash?

After a car crash, it is a good idea to collect as much evidence at the scene as possible. This includes taking thorough photos and video of the accident scene, as well as any damage to the vehicles and collecting the contact information of anyone who witnessed the crash. Additionally, it’s a good idea to ask the other driver involved in the accident if they have a dashcam. If you have knowledge that the at-fault driver had dashcam footage of the collision, it’s important to let your lawyer know as soon as possible so that they can take action to subpoena the footage before it can be deleted, altered, lost, or destroyed. If you become aware that another driver who was not involved in the crash has relevant dashcam footage of it, your lawyer may also be able to request or subpoena that footage. Obtaining this evidence can help corroborate your version of events and ensure that the correct person is held accountable.

Pros and Cons of Having a Dashcam

While a dashcam can provide valuable evidence, that evidence can be used in your favor or to incriminate you. Even in a situation where you were not at fault, a dashcam can reveal other ways that you may have contributed to the crash (including how you reacted to it) which can reduce your overall award. It’s important to weigh the pros and cons of having a dashcam and to make an informed decision before installing one.

If you have been involved in an Atlanta-area car crash, it’s important to contact an attorney as soon as possible, both so that they can begin working to obtain all relevant evidence, including dashcam footage, and so that the Georgia statute of limitations on personal injury claims does not expire. Contact the experienced Atlanta personal injury attorneys at Durham Law Group to schedule a consultation.

By Durham Law Group, P.C. | Posted on January 6, 2022
« Be Aware Of These Lesser Known Heart Attack Symptoms
Ignoring Your Car Problems Could Cost You »