Close Menu
Homepage > Blog > Personal Injury > Are There Exceptions To The Statute Of Limitations?

Are There Exceptions To The Statute Of Limitations? 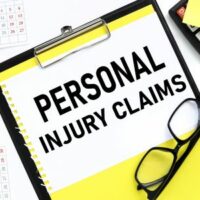 If you have been injured in a Tampa, Florida accident, you are likely interested to know if you have any legal options available to you. If your injuries were caused by another party’s negligence or recklessness you may be able to bring a personal injury lawsuit to recover for the harm you suffered. Sometimes in the wake of an accident all of your attention is focused on coping, recovering, and just trying to deal with what is in front of you. By the time you have a chance to look up and actually deal with the consequences, you may find you are out of time to pursue a lawsuit. This can be incredibly frustrating for many accident-victims. By educating yourself on the statute of limitations, you can avoid this situation and ensure that you have plenty of time to file a lawsuit and get the settlement or award that you are entitled to.

What is a Statute of Limitations?

Florida, like all states, has a statute of limitations for lawsuits based on personal injury accidents. In Florida, you have four years from the date of an accident to bring most personal injury lawsuits (note that this excludes medical malpractice lawsuits, which have a different statute of limitations than personal injury claims in Florida). These statutes of limitations are essentially just time limits that control how long you have to bring a claim. If you try to bring a claim after the statute of limitations has run, the claim will be dismissed and you will not have another way to bring it or seek justice. These limitations exist to ensure that trials can still be run fairly. In general, the more time that passes after an accident, the harder it is to have an effective trial. This is because evidence gets less available and witnesses move, die, and their memories fade. However, it can create complicated situations where an injury victim did not have notice of the time limit or was not immediately aware of their injury.

Are there Exceptions to the Statute of Limitations in Florida?

Although the time limit may seem hard and fast, there are some situations in which the statute of limitations will be tolled, paused, or extended. For instance, the statute of limitations begins tolling at the date of the accident in most cases, because generally people become aware of their injuries on the day of the accident. However, in some situations, a person may not become aware of their injury until a date subsequent to the accident. For instance, a driver may have suffered an internal injury in a car accident which was not apparent initially. This is also a common problem in medical malpractice cases, such as where a surgeon makes a mistake that is not discovered for several months or years. In these cases, the statute of limitations begins tolling when the injury is discovered. This means that someone has two years to bring a lawsuit from the date on which they discover the injury that was caused by the accident. There is a caveat for medical malpractice claims in Florida though. There is a four year cap on these claims, meaning that no claims may be brought more than 4 years after the medical procedure was completed, regardless of whether the injury was discovered after that date.

Another exception exists for minors. In the United States, you cannot bring a lawsuit until you are 18, although your parents can bring one on your behalf. If you are injured as a minor and your parents elect not to take legal action, your right to do so is preserved until you are an adult. This means that the statute of limitations will begin running at 18 for someone who was injured at 12, and will continue running for 4 years, until they are 22.

If you have been injured in an accident, it’s important to talk to an experienced Tampa personal injury lawyer before the statute of limitations on your claim expires. Contact the Durham Law Group today and schedule your personalized consultation.